In November 1998, a Ugandan-backed rebel movement, the Congolese Liberation Movement (MLC), opened a new front against Kabila in the north. The following year, the RCD was split into two factions, one supported by Rwanda and one by Uganda. The rebel movements in the east built up their forces with incomes from gold, diamonds, coltan and tin. Later, there were fighting between Rwandan and Ugandan troops in Kisangani, probably over control of the diamond trade.

After several unsuccessful attempts, the parties finally managed to reach a peace agreement in Lusaka, Zambia in 1999, but all broke the agreement and soon the war resumed. In January 2001, Laurent Kabila was murdered by one of his bodyguards. Rwanda, Uganda and the RCD all denied involvement in the killings.

The war is slowing down

Laurent Kabila’s son Joseph succeeded his father. He surprised everyone by firing ministers, seeking contact with the rebels and allowing political parties. The war slowed down. Namibia withdrew and some Rwandan and Ugandan troops were called home. A UN force, Monuc, was able to begin its peacekeeping work in accordance with the 1999 agreement.

Attempts to reach a new peace agreement, however, encountered difficulties. The rebel leaders did not dare come to Kinshasa to negotiate. In areas outside the control of the central government, new groups had emerged, including Mai-Mai, a series of loosely composed unions of traditional hunting and home guard forces, which in principle supported the government.

In 2002, Congo-Kinshasa made peace with Rwanda and Uganda. In the autumn of the same year, almost all regular foreign troops left the country, but instead local conflicts flared up.

In Ituri in the northeast, fighting broke out between the ethnic groups Lendu and Hema, which cost at least 60,000 lives. The conflict between Lendu and Hema is similar to that between Hutus and Tutsis. Here, too, there is a majority of farmers (lendu) and a minority who have traditionally run livestock (hema). The competition for Ituri’s major gold deposits also fueled the conflict.

At the end of 2002, a new peace agreement was concluded in Pretoria, South Africa. But it was not until some time in 2003 that the South Africans got “all” parties to agree to the agreement that in theory put an end to the war. A provisional constitution was adopted. Joseph Kabila would remain president until 2005, when elections will be held. In the new government, representatives of several rebel movements and the civilian political opposition gained high positions. All political forces were guaranteed seats in a bicameral parliament.

The contradictions within the transitional government were strong and large sums disappeared through corruption. Rwanda and Uganda continued to support Congolese militia groups.

According to the peace agreement, a new national defense would be created by the former government army and the various rebel groups. In addition, a large number of rebels and government soldiers were to be disarmed and prepared for civilian life. The process started only after pressure from the major donors.

New military commanders were appointed, but not much changed in the field. In many places, the armed forces remained in areas they had controlled during the war. The leading politicians also kept their private armies.

From eastern Congo-Kinshasa came reports that soldiers were looting and harassing the population they were to protect.

Concerns after the war

According to allpubliclibraries, the war in Congo-Kinshasa formally ended after the peace agreement in 2003, but several more or less low-intensity conflicts have continued, especially in the two provinces of Kiwi in the east. There, the contradictions between a Tutsi-led rebel movement that has had several names (RCD, CNDP and M23) and the Hutum militia FDLR have played a decisive role. From 2016, the situation has also worsened in the Kasai region.

The political tensions escalated from 2015, when the government presented plans to postpone the presidential and parliamentary elections that were to be held in November 2016. The election was officially moved due to lack of money and because new ballots had not been completed in time, but the opposition feared that it was just a way for President Joseph Kabila to stay in power. In the autumn of 2017, it looked as if the Congolese had to wait just over another year for the election.

When the presidential and parliamentary elections were held in 2006, they raised hopes for a more democratic development in the country. Even then, the election had been postponed several times before it was over. One step along the way was that the transitional parliament could agree on a new constitution which was then approved by the voters in a referendum in 2005.

The presidential and parliamentary elections were a gigantic project, especially in a country that almost completely lacked democratic traditions. The majority of voters had never voted before. Congo-Kinshasa is also almost as big as Western Europe and just transporting ballot papers to 50,000 polling stations was an achievement.

33 candidates ran in the presidential election and 9,650 fought for the 500 seats in the National Assembly. However, the largest of the traditional parties, the Union for Democracy and Social Progress (UDPS), chose to boycott the election.

Tags:Democratic Republic of the Congo 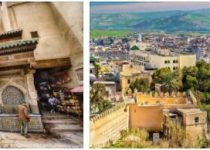