In February 2008, the province of Kosovo (Kosovo in Albanian) broke away from Serbia and declared itself an independent state. The Albanian majority cheered, but at the same time the tensions intensified with large sections of the Serbian minority and with Serbia, which does not recognize Kosovo’s independence. The conflict between the two states is still raging.

From 2008, the development in Kosovo was monitored by an international steering group, but the monitoring was completed in the autumn of 2012 when Kosovo was considered to have fulfilled sufficient points in the so-called Ahtisaari Plan (see in  depth ). However, the NATO-led peacekeeping force  KFOR  remained, as did the EU body  Eulex , which supports Kosovo’s police and judiciary.

More than 100 countries have recognized Kosovo’s independence, including the United States and most EU members, including Sweden. Serbia, with the support of Russia and China, among others, stands firm in its refusal to recognize Kosovo as an independent nation. Some small states have withdrawn an earlier recognition, which shows potential explosiveness in the issue.

The Serbs in Kosovo are divided into the new state. In southern Kosovo, where most Serbs live scattered, many have chosen to integrate into the new structure of society. About a third of Kosovo’s Serbs live in the north, where they make up a majority in some areas, and among them opposition to Kosovo’s institutions has been strong. After independence, they established a parallel administration with municipal offices, post offices and schools.

According to 800zipcodes, Serbia initially supported the Serbs in northern Kosovo, but after EU mediation, Serbia entered into an agreement with Kosovo in April 2013 that the parties would normalize their relations with each other. The agreement meant, among other things, that Serbia accepted Kosovo’s sovereignty over the Serbian-dominated areas in the north, which at the same time guaranteed autonomy in certain areas. Belgrade called on the Serbs to accept the proposed arrangement, but the agreement has been met with loud protests from both Serbian and Albanian nationalists. Some practical progress has been made while others have ended up in the long run. From 2018, relations between Kosovo and Serbia have deteriorated again.

With its mixed population, Kosovo has historically been exploited in the political game in the Balkans. One reason for the conflict over the area is its important place in Serbia’s history.

Many Serbs settled in Kosovo when they began migrating to the Balkans from the northeast in the 6th century. According to the Serbs, the area was empty while the Albanians claim that Kosovo was populated by their ancestors, the Illyrians. During the Middle Ages, there was a powerful Serbian kingdom that left behind a cultural treasure in the form of richly decorated churches and monasteries and here the Serbian Orthodox Church was founded in 1219.

When the Ottoman (Turkish) empire spread across Europe at the end of the 14th century, a mythical battle took place between the Serbian and Ottoman armies in Kosovo, on the Thresh Field (Kosovo police), in 1389. The Turks eventually defeated the Serbs and then came for more than 500 years to rule large parts of the Balkans, including Kosovo.

During the Turks who were Muslims, many orthodox Christian Serbs were expelled, while Albanians from surrounding areas were encouraged to move in. Most Albanians converted to Islam, which gave them advantages over the Turks.

When the Ottoman Empire finally collapsed in connection with the First World War, many Albanians had hoped that Kosovo would become part of the newly independent Albania. But Kosovo was instead included as part of Serbia, which after the end of the war merged with Slovenia and Croatia in what was later renamed Yugoslavia.

At this time, about a quarter of Kosovo’s inhabitants were Serbs, the rest were mostly Albanians. Serbs were now attracted to move to Kosovo through special benefits. At the same time, Albanian nationalists and activists were oppressed.

During World War II, most of Kosovo was part of Albania, which was occupied by fascist Italy. After the war, Kosovo became a province of Serbia, now the largest of the six republics of communist Yugoslavia. All key positions in the administration were given to Serbs and Albanian nationalists were repressed.

When the Yugoslav leader Josip Broz Tito in the 1970s wanted to counteract Serbia’s growing influence within Yugoslavia, the Albanians in Kosovo were given the right to open Albanian-language schools and universities, and both Albanian and Serbo-Croatian became official languages. A new constitution from 1974 effectively gave Kosovo the status of a constituent republic, but on paper it remained an autonomous province within Serbia. However, the authorities were controlled by Albanians, which led to the discrimination of Serbs. 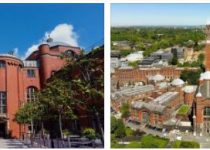