According to A2zdirectory, the State Route 14, SR-14, or Antelope Valley Freeway is a state route in the U.S. state of California that connects Los Angeles to the fast-growing cities in the Mojave Desert. These cities are physically separated from Los Angeles by the 3,000-foot San Gabriel Mountains, and SR-14 is the only high-speed link between the two areas. The highway continues to the village of Mojave, but the main road continues for 72 miles until Inyokern on US 395. The highway section is 111 miles, and the total route is 183 miles.

Through an interchange with many flyovers, SR-14 begins at Interstate 5. In the morning rush hour it is difficult to merge onto the I-5, and there are always long traffic jams. The highway runs through mountainous terrain, quickly reaching Santa Clarita, a large suburb of 177,000 residents on the north side of Los Angeles. Due to the mountainous character of the area, the residential areas of Santa Clarita are quite spread out, and the connections are also quite far from each other. After about 15 kilometers you leave Santa Clarita, and the highway runs through uninhabited mountain area. After about 30 kilometers you reach Palmdale.

Palmdale is an overflow area of ​​overcrowded Los Angeles and suburbs. Palmdale has about 145,000 inhabitants and is growing rapidly. The city is 65 miles from downtown Los Angeles, and commuters should expect long commutes. After this you arrive in Lancaster, which has the same number of inhabitants. This conurbation, which is actually part of the catchment area of ​​Los Angeles, has about 589,000 inhabitants. After Lancaster, you enter an empty area, but the existing grid pattern in the road network indicates that residential areas will soon be added. The last suburb to pass is Rosamond, located 135 kilometers from the center of Los Angeles, and no less than 230 kilometers from the southernmost suburb. The highway section eventually ends in the village of Mojave, where theState Route 58 crosses an east-west highway between Barstow and Bakersfield. After this, the main road continues for another 67 kilometers as the main road to Inyokern, where the road ends at US 395, from where one can continue to Death Valley and the Sierra Nevada.

The Antelope Valley Freeway features HOV lanes from I-5 in Los Angeles to Palmdale. The HOV lanes on SR-14 are different from those elsewhere in Los Angeles in that they are 3rd lane lanes and are only HOV restricted in the morning rush hour heading south and the evening rush hour heading north. Outside these times, all vehicles are allowed to use it. It is also the only highway where the 3rd lane is already an HOV lane, in most cases in the Los Angeles area only the 5th lane is an HOV lane.

According to Allpubliclibraries, with the growth of the towns of Palmdale and Lancaster in the High Desert north of Los Angeles, so has the demand for HOV lanes, although their use is much lower than elsewhere in the metropolitan area due to the lack of urbanization, much of the SR -14 runs through undeveloped desert and mountain areas. The HOV lanes have been constructed to accommodate the long-distance commuters from the desert. The HOV lanes were built in phases, mainly between 1998 and 2002, and continued through Palmdale in 2006. In May 2012, a direct HOV flyover opened at the Newhall Interchange in north Los Angeles. 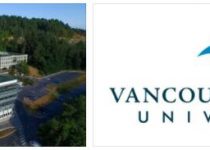 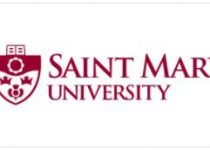 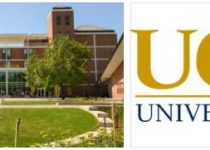