According to Smber, Pensacola is a city in the U.S. state of Florida, located in the Florida Panhandle. Pensacola has 54,000 inhabitants, but has an urban area of 516,000 inhabitants (2021).

The urban area is divided into Escambia County and Santa Rosa County, separated by the Escambia River. The city of Pensacola is in Escambia County, as are most of the suburbs. On the Alabama side, there are no suburbs that lie within Pensacola’s area of influence. However, the city of Mobile is nearby. The Mobile-Pensacola region consists of 4 counties with a combined population of 1,066,000.

Mobile is dominant in industry compared to Pensacola, which has hardly any industry. Also, despite its location by the sea, Pensacola does not have a port of any size. Naval Air Station Pensacola is important to the regional economy. A total of 5 airports are located in the two counties, mostly for military use. Tourism on the Gulf of Mexico is also important for the economy. The coastal region is also known as the Emerald Coast.

The region’s population has grown steadily since the 1950s, but the region is not nearly as fast-growing as other major Florida cities. In particular, between 2000 and 2010, growth was limited due to the impact of several hurricanes, most notably Hurricane Ivan in 2004.

The region has only two freeways, Interstate 10, which serves an east-west route from Mobile to Tallahassee, and Interstate 110, a short spur to downtown Pensacola. The I-110 has mostly 2×3 lanes, the I-10 has some 2×3 lanes. The I-10/110 interchange is the only freeway interchange in the Pensacola region.

The region has some long bridges. The main connection between Escambia County and Santa Rosa County is the Escambia Bay Bridge of I-10, which has 2×3 lanes. The Pensacola Bay Bridge connects Pensacola to Gulf Breeze and is important for tourism. To the east is the Garcon Point Bridge. This is a toll road.

Major US Highways in the region include US 29, which begins in Pensacola and runs north to Brewton, US 90, which follows I-10, and US 98, which runs along the coast.

The first bridge over Pensacola Bay opened in 1931. This was a toll road, and was replaced in 1960 by the current Pensacola Bay Bridge. In 1967, Interstate 10 through Pensacola opened to traffic, including the Escambia Bay Bridge. The bridge was seriously damaged by Hurricane Ivan in 2004 and had to be repaired. Later in 2006-2007 the bridge was replaced by a wider bridge with 2×3 lanes. Interstate 110 opened in two phases in 1969 and 1978. Between 2004 and 2009 this highway was largely widened to 2×3 lanes. At the same time, I-10 was partly widened to 2×3 lanes, including new flyovers at the I-10/110 interchange.

Larger projects in the region include further widening I-10 to 2×3 lanes and replacing the Pensacola Bay Bridge. 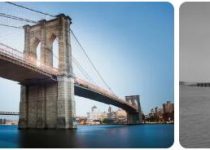 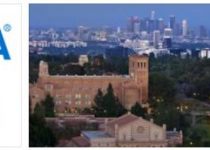