Until the second half of the century. 11 °, Norway was still part of an ancient ‘stylistic territory’ which also included Denmark and Sweden and whose artistic ideals, although not fully homogeneous, had their origin in a common tradition. The consolidation of the ecclesiastical organization and the development of commercial, diplomatic and political relations with the continent put an end to this unity, so much so that starting from around 1100. the three kingdoms each followed their own path, according to tastes or needs, drawing on the international repertoire of styles. These choices were partly determined by geographical circumstances, so that during the century. 12 ° Sweden saw, in a few isolated cases, an influx of artists from Byzantine Russia. The Norway, while partially accepting, like the other Scandinavian countries, some influences from Germany (Rhineland) and central Europe, for a long time had its greatest stylistic ties mainly with England, as had happened in the architectural field. However, even in this case the ways of transmitting these influences are not clear. Many important Norwegian works of painting on wood and wood carving seem to come directly from English artistic circles; judging by their high quality they may, in fact, have been imported. However, also excellent panel paintings, such as the St. Peter painted on the door of a wardrobe (Oslo, Univ. Oldsaksamling) or the extremely refined 13th century antependia, preserved in Bergen (Historisk Mus.), exhibiting many stylistic traits borrowed from English miniature schools, were probably performed in Norwegian workshops, as it is reasonable to assume that the general demand for painted and sculpted liturgical furnishings was met through local production. In the Bergen Statutes of the seventies of the century. 13 ° – which assign precise locations along the main street of the city to the individual trades – the location of the painters (pinturar alla) is also provided; it must therefore be assumed that in this area both antependia and other liturgical furnishings and wooden sculptures with a sacred subject were produced and decorated.

According to ehotelat, the figure of St. Olav, from the Fresvik church in the Sognefjord (N. western) – a masterpiece that has been compared with the early Gothic sculptures in Wells Cathedral and with those of Westminster Abbey -, was probably made in a craftsman’s workshop at Övre Strete (‘upper street’) in Bergen, by artists who may have come in part from England. Similar production conditions are supposed to have also existed in other major Norwegian cities, such as Oslo and Trondheim. royal foundation. It was apparently a building that aimed to emulate the Sainte-Chapelle in Paris; however, only few traces of its architecture remain and nothing of its sculptural decoration has survived. The impact of the French figurative style, which may have had some force in the phases of the mature Gothic, can be grasped today only in a few pieces preserved in Trondheim. Among the sculptures left in situ in the cathedral, or gathered in the annexed Domkirkens Skulptursamling, a large part is of a non-figurative nature, with stylistic elements that have become generic due to the non-uniform ability of the performers; other specimens instead reflect more strongly international ideals, above all, it seems, of English origin. However, as part of the main sculptural activity of the years around 1300, like the production and installation of large figures of saints to be placed in the niches on the western facade, other lines can be seen. Two of the figures, St. John and St. Dionysius, still in good condition, appear to be the product of a mature French school of sculpture, of Reimsian derivation.

The golden age of Norwegian power and prosperity also saw the flourish of the sumptuary arts. High quality goldsmith works were produced, although in the case of large and precious objects, such as the casket of King Magnus the Good (1035-1047) – produced to contain the relics of his father, s. Olav, and described by Snorri in the 10th century. 13 ° -, it is possible that the work was commissioned to some prestigious foreign workshop: the church shape of the casket, moreover, would correspond well to the typology of specimens produced in the continent in the early Middle Ages.A particular chapter of Norwegian artistic production concerns the bone carving: the availability of walrus tooth, exported in large quantities to the rest of Europe as a substitute for ivory, gave in fact it probably originated from a local school of carvers. The beautiful portable altar (Copenhagen, Nationalmus.), The work of the mature provincial Gothic, made with a fretwork technique in the first half of the century, has been attributed to the activity of this school. 14th and belonged to Christian I king of Denmark, Norway and Sweden (1448-1481), both the superb pastoral Digby, of the century. 14 ° (England, private collection). The latter, in which the gothic foliage decoration appears mixed with elements of a much older Romanesque type ornament, it could have been produced in a workshop on the European periphery, where it was plausible to find such a hybrid of styles, originating from the phenomenon known as delay. Assimilation and delay were the components of one of the most exceptional artistic creations of the Norwegian Middle Ages, the wooden portals of the stavkirker. Around 1100 two imported Romanesque ornamental forms, namely the spiral plant shoot and the winged dragon, were combined with the type of decoration of the portals of the church of Urnes, with its dynamic circularity. In the first and purest form this synthesis is visible in the jambs of a portal (Bergen, Historisk Mus.), coming from the destroyed Ulvik stave church, erected around 1140. The interconnection between the components creates a decorative motif that underlines the passage from the outside to the inside of the consecrated building.

The creation of this ingenious new iconography of the gate took place not in rural isolation, but in an urban context of wooden constructions, where newly imported Romanesque forms could be drawn directly from model books or the example of building yards in stone. In the erection of the stavkirker this type of portal remained canonical for almost a century, but during the 13th century the formal execution became neglected and narrative scenes with figures were incorporated, in imitation of the Gothic portals. which goes from the middle of the century. 13 ° until approximately 1400. Although belonging to a widespread typology throughout medieval Europe, many survive only in Spain and Norway. In the Late Middle Ages, presumably, the production of antependia continued in some of the largest Norwegian cities – hypothetically the schools of Oslo and Bergen have been identified – but the preserved specimens testify to a slow decay of technical quality, in a path which starts from a multi-layered execution with countless finishes (including the use of silver leaf), in the most ancient pieces, to arrive at a marked simplification in the last examples. It remains unclear whether this decrease in quality could be caused by the replacement of foreign artisans with local ones or if there were other causes. A particular aspect of the story appears to be connected with the use of oil as a binder in many stages of the decorative procedure: it is not yet clear whether it was the availability of a great variety of fish or whale oils that suggested this choice or whether the use of oil had already found its place among the pictorial techniques adopted in the workshops of continental Europe; the latter hypothesis appears to be the most commonly accepted. 15 ° apparently struck all the centers in which the production of ecclesiastical furnishings had taken place up to that moment. The effects of the great plague epidemic which paralyzed Norwegian society and the trade war waged by the Hanseatic cities operating in Norway through the port of Bergen. 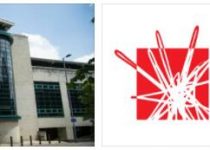