From the latest research it seems that man has inhabited Norway since the last interglacial period, and has spent the last glacial period on small strips of ice-free land along the Finnmarken and Møre coast. But still for millennia one cannot speak of state formations.

According to A2zdirectory, small states in embryos must have existed since the Bronze Age, since the men who built the enormous burial mounds along the coast at that time must have been leaders who governed numerous subjects and knew how to exploit their work; then as the land began to be cultivated, especially after the use of iron began, state units with a clear political structure arose.

With the help of archaeological discoveries and toponymy, it is possible to follow the path of men and reclamation from the coast to the mountain valleys: the non-compound names (such as Haug, Voll) belong to the most ancient period; follow the compound names in – vin, – heim, – stad, and the period of reclamation especially of the 11th and 12th centuries d. C. belong the names in – rud. In the first centuries d. C., at the latest, in Norway there are numerous small political groupings, kingdoms, which embrace a tribe; in Østland i Heidner, Raumer, Ranrikinger and other. The territory around the Trondheim fjord was perhaps already around 300-500 AD. C. reunited in a kingdom: Horder and Ryger emigrated to Vestnorge at the time of the great migrations, had formed political groups there. Little known is the organization of the tribes. Fundamental reason for the groupings were common worship in temples (hov) and primitive legislation exercised in an assembly (ting). These tribes, which evidently must have belonged to one great lineage, had, at least from what can be inferred from the sources, all of the same language. From the beginning of the century. VIII d. C. these small states had a great development. The population increased significantly, the cultivation of the land extended along the rivers to the interior and northwards along the coast to Karlsø Tromsø (71 ° lat. Norway).

Migrations. – At the same time the great expansion abroad took place (about 750-1000 AD). Norwegians left to plunder and trade, heading to the East. to the Baltic countries, to the North. and to the NE. up to the White Sea, but above all to the West up to Scotland and the Scottish islands, to England, to Ireland, and to S. up to France and partly also to the Mediterranean, to Italy (see Normans). They populated the Faroe Islands and Iceland, some territories on the west coast of Greenland and apparently discovered North America which they called Vinland (see america, II, pp. 838-839). In the formerly deserted lands they founded Norwegian kingdoms as well as in Scotland and Ireland, always maintaining intimate relations with their motherland. In England and France (Normandy) they took part in the disputes of the local princes both alone and together with the Danes (Daner). They settled in large numbers among foreigners, and in most places they soon mingled with the local population. Under the influence of the Viking expeditions, and of what the Vikings learned abroad, there was a consolidation of the small states in Norway, and in some places a grouping of several of them, with a common legislation: as, p. eg, Eidsivatingslagen in Opland (Eastern Norway). From that time on also dates the reunion of the statelets in a single kingdom, a reunion that can be characterized as a kind of “Viking expedition within”. The unification began in Vestfold, a territory W of the Oslo fiord, where the Ynglinger lineage, whose first certain historical figure is Halvdan Svarte, founded a strong kingdom in the mid-century. IX d. C. His son Harald I Haarfagre (v.) Continued the conquest of the territories in S. of Hålogaland (now the province of Nordland) until the year 900 and gave himself real rights over the residents. About the organization of this state, the sources give few sure information: it is certain, however, that descendants of Harald’s lineage later claimed the right of lordship over all of Norway, and that the populations somehow recognized this imposition. After Harald’s death (circa 940), the union of the various kingdoms ceased, as his numerous sons each reigned in their own territory, breaking the overall unity. But after a brief period of supremacy of the eldest son Erik Blodøks and after he was expelled (circa 945), Harald’s younger son, Haakon I Adalsteinsfostre (circa 945-961), with greater success he imposed his supremacy. He had his power base in the coastal districts of western Norway; but it seems to have reigned over the whole country except the regions of the interior, Opland. He organized the kingdom’s maritime forces, dividing the coastal districts into maritime compartments (Skipreder) each of which had the obligation to provide a fully armed vessel when the enemy approached. This leidang obligation also applied to wars abroad. At the time of Haakon, the organization of the three great legislative assemblies (ting) of Norway was also created, Frostatingslagen in Norway (Trøndelag), Gulatingslag in O. and Eidsivatingslag in E. From that moment these assemblies ceased to be alting, where every free man had the right to intervene, and they became legislative lagting, representative parliaments, whose members (nefndarmenn) were appointed by the king’s court men.

Haakon lived in constant warfare with the sons of his cast out brother, who had found support in Denmark, and fell in battle against them at Fitjar. He was then succeeded by Harald Eriksson Graafell, who soon came into contention with the powerful earls (jarl) of Lade. Count Haakon found support in Denmark and won (Harald was assassinated before 974) while Harald II, king of Denmark, placed the coastal territory to the East. of the Oslo fiord directly under his lordship. Haakon later managed to free himself from that king’s sovereignty, but a few years later he was killed in a peasant revolt in Trøndelag (995). 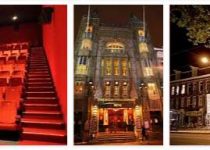 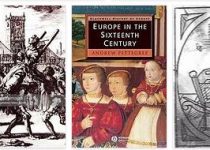