Netherlands is a Western European state. In the middle of the first decade of 21° sec. the Netherlands confirm their belonging to the European economic and cultural area, indeed to the so-called ‘heart of Europe’; at the same time, however, they reaffirm some of their original characteristics that have distinguished them for centuries. To belonging to the area in which the characteristics usually recognized as typically European are more accentuated and consolidated, the Netherlands then combine an early and continuous presence in the unification process: the country was one of the architects of the first integration organizations, one of the six founding states of the European communities, one of the initial twelve members of the Economic and Monetary Union (EMU). The original characters, which in some way represent a specification of those of other European Union (EU) countries, they concern both the territory, the resources and the population: a territory largely below the mean sea level and artificially constructed; abundant hydrocarbon resources; a population that has made the spirit of tolerance and the defense of human rights its flag.

In 2005, according to EU demographic estimates, the Netherlands population had exceeded 16,200,000 residents (15,985,538 had been counted at the 2000 census), continuing less and less incisively in that slow but continuous growth that has characterized it for some time and distinguishes it from most other Western European states. In fact, in the years that mark the transition to the new century (1998-2003) the absolute increase was only 500,000 residents and the average annual percentage increase of 0.6 %. The Dutch demographic trend is characterized by a still high birth rate (above 12%) and moreover the country continues to maintain a policy of welcoming numerous foreigners: not only immigrant workers from the ancient colonies of the East and West Indies and from other developing countries, but also refugees and displaced persons to whom the Netherlands have been, at least until the mid-nineties of the 20th century, very generous in terms of hospitality and political asylum. This results in a varied ethnic-cultural composition, despite the fact that the state tends to remain substantially compact, with a good 80 % of ethnic Dutch, which however are flanked, with shares varying between 2 and 3%, Indonesians and Surinamese, coming from countries that in the past were Dutch possessions, as well as Turks and North Africans (mainly Moroccans), as well as other less consistent groups. The presence of Turks and Maghrebi also produced in the NetherlandsB, as in other European states, the formation of a not negligible Islamic community.

The average population density in 2005 reached the very high value of 392.5 residents / km 2 (but in the super-urbanized area of ​​Randstad Holland it is approaching 1000). Netherlands have reached one of the highest levels of urbanization in Europe (90 % in 2003), still significantly lower than that of neighboring Belgium, but higher than those of the United Kingdom and Germany. The majority of this urban population lives in the original conurbation of Randstad Holland, a singular planned ‘city ring’ which includes the four largest cities of the state (Amsterdam, Rotterdam, The Hague and Utrecht) with their vast agglomerations and numerous nearby smaller cities, for a total of almost 6,000,000 residents.

According to ebizdir, the global GDP reaches a respectable size (over 598 billion dollars in 2005); as regards the per capita GDP (36,620dollars), despite the large number of residents, the Netherlands occupy one of the first positions in the EU, surpassed only by Luxembourg, Denmark and Sweden. The general trend of the economy was decidedly positive for a long period that lasted until the early nineties, during which the symptoms of a decline in the increase in gross product suggested measures to contain public spending, not dissimilar to those adopted in various other European countries. In the Netherlands, however, they appeared as a failure of the so-called Dutch model which had achieved undeniable successes in terms of employment and social protection. Moreover, although there were difficulties (in 2003 there was even a decrease), the economy as a whole held up. The breakdown of the active population in the three sectors (primary 3.4 %; secondary 20.7 %; tertiary 75.9 %) is in line with that of the other more advanced countries, even if the share remaining in agricultural activities is slightly higher, proof of the importance that the primary sector retains in the Netherlands, especially as regards floriculture and zootechnics. The breakdown of the contribution of the three sectors to the formation of GDP (respectively 2.1 %, 23.9 % and 74%), on the other hand, denounces some imbalance between industry and services, with a rather poor profitability in the third sector. The wide range of Dutch industries could count on a solid energy base, ensured not so much by oil from offshore fields located in the North Sea, which is not particularly abundant on the whole, but by the massive natural gas reserves of the province of Groningen; which, however, starting from the last years of the twentieth century, have been subjected to a savings policy and in part replaced by other sources, even alternative ones.

The intense urbanization and the ever growing commercial relations with numerous countries have led to a great development of transport and communications. Apart from the dense network of roads, highways, railways, canals, gas pipelines, the Netherlands are to be remembered for two transport infrastructures that perform international functions: the port of Rotterdam and the airport of Amsterdam. 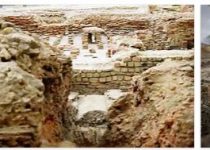 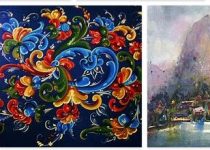