At the beginning of the 21st century. the political debate in the Netherlands concentrated mostly on three issues: the reform of the welfare state, the crisis of multiculturalism as a possible solution to the problems of immigration and the threat of Islamic terrorism. Political life was highly conditioned by the rise of new movements opposed to immigration, which underlined the risks associated with the development of a culturally inhomogeneous society. These transformations partially modified the image of the country which, considered for a long time an example of successful coexistence between different religions and ethnic groups, began to reveal contrasts and tensions.

After the elections of May 1998, which sanctioned an advance of Labor from the Partij van de Arbeid (PvdA, Labor Party) and a decline in the Christian Democrats of the Christen-Democratisch Appel (CDA, Christian Democratic Appeal), the leader of PvdA, W. Kok, remained at the helm of a government composed of the same parties that came to power in 1994: the Labor, the liberals of the Volkspartij voor Vrijheid en Democratie (VVD, People’s Party for Freedom and Democracy) and the progressives of the Democrats 66 (D 66, Democrats 66). This coalition was distinguished by a series of reforms in social legislation: the legalization of closed houses (October 1999), the right to marriage and adoption for same-sex couples (September 2000) and the recognition of euthanasia (April 2001). However, in April 2002 the government decided to step down after the publication of a report by the Institute for War Documentation denouncing the responsibilities of the executive and the military staff in the Srebrenica massacre (July 1995), then garrisoned from Dutch blue helmets. The new political elections were set for the 15thbut, nine days before the vote, an animal rights activist killed Netherlands Fortuyn, the leader of a new populist movement hostile to immigration, the Lijst Pim Fortuyn (LPF, Pim Fortuyn List). The murder aroused deep emotion in public opinion. At the polls the CDA with 27.9 % of the votes (43 seats) and the LPF with 17 % (26) were the winners, while the results of the VVD with 15.4 % (24) and the PvdA with the 15.1 % (23). Then (July) a new center-right government was born, formed by CDA, LPF, VVD and chaired by the Christian-democratic leader JP Balkenende. After less than three months, heated disputes erupted within the LPF, which resulted in the resignation of the government in October.

According to a2zdirectory, new elections were set for January 2003 and, after a heated electoral campaign, it was Labor, under the leadership of the new leader W. Bos, who recorded the most significant progress, winning 27.3 % of the votes (42 seats). A positive result was also obtained by the Christian Democrats with 28.6 % (44 seats), while the LPF lost most of its support reaching only 5.7 % (8). Christian Democrats and Labor began negotiations to form the government, but disagreements quickly emerged over economic policy and the country’s possible involvement in the announced US military intervention in ̔Irāq, although after the attack (March 2003) both parties supported the operation. (troops were also sent in July 2003, then withdrawn in March 2005). The failure of the negotiations between CDA and PvdA favored in May 2003 the constitution of a new center-right government formed by CDA, VVD, D 66 and led once again by Balkenende. The executive immediately announced a strengthening of police powers to fight crime and in September presented a welfare state reform plan that included cuts in health care spending and unemployment benefits. In February 2004, a law was passed on the immediate repatriation of refugees whose asylum applications had been rejected. In the European elections of June 2004the governing parties registered a decline in consensus. After the summer, the executive announced a series of austerity measures to restore the state’s accounts. This program was initially greeted with strikes and protests but, after negotiations between the government and the unions, a compromise was reached. The killing (November 2004) rekindled the political conflict) by director T. van Gogh, author of a controversial film on the condition of women in Islamic culture, by a Muslim fundamentalist of Dutch nationality and Moroccan origin. The murder was followed by attacks on mosques and Islamic schools and, in retaliation, by attacks on Christian churches. The police discovered the existence of terrorist groups in the country and the government promoted new laws to increase security and social cohesion: the identity document became mandatory (January 2005) and a language exam was introduced (March) and Dutch culture for new immigrants.

Growing fears about the effects of immigration were confirmed by the result of the referendum on the ratification of the EU Constitution, rejected by the 61.5% of voters (June 2005). In May 2006, a journalistic investigation accused a Somali-born parliamentarian, A. Hirsi Ali, a former Van Gogh collaborator, of having communicated false information in the past to obtain Dutch citizenship. The Minister of the Interior, R. Verdonk, threatened to revoke her citizenship and she left the parliamentary seat. In protest against the minister’s initiative, the progressives decided to withdraw their support for the government by forcing Balkenende to resign (June 2006). In November, new elections were held: the CDA confirmed itself as the first party with 26.5 % (41 seats), while the PudA with 21.1 % (33) and VVD with 14.6 (22) recorded significant losses. Radical formations are on the rise: the Socialistische Partij (SP, Socialist Party) with 16.5 % (25) and the new Partij voor de Vrijheid (PVV, Party for Freedom) with 5.8 % (9). 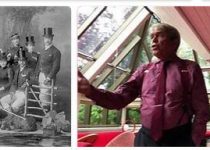