In the last twenty years there has been a great development of archaeological investigations in the Netherlands. This led to the creation, by the Ministry of Culture, Arts and Sciences, of a “Central Service of State Excavations” whose task is to organize and carry out excavations throughout the territory from the Paleolithic to the Middle Ages.

The settlements of the ancient and middle Paleolithic appear scarce, even in the light of the latest findings. Best represented is the Mesolithic, which gave a sensational discovery, made in Pesse (Drenthe): an intact pirogue, obtained from a tree trunk (approximately 3 m wide). More recent still the discovery in Sittard and Elsloo (Limburg) in South Holland, of pottery stations dating back to around 4000 BC and the discovery, made for the first time in the Netherlands, of the foundations of houses, characterized by poles of wood, usually chestnut trunks, which supported the house. Also in the province of Drenthe, a remarkable find was made in the 1960s: a sanctuary with a circular plan from the Bronze Age,

According to listofusnewspapers, the Roman age in Holland is better known than the prehistoric; exploratory tests and excavations were in fact carried out before undertaking the reconstruction of the buildings destroyed during the last war. As regards the Roman occupation of Holland to the South of the Rhine, the results of the researches were very interesting: on the southern bank a whole series of castles was identified, constituting a fortified line dating back to 47 AD, when the Rhine was constituted at the frontier of the Empire and Claudius reorganized the limes of Germania Inferior.

In addition to those already explored in Utrecht (dating from 47 AD to 260 AD) and Valkenburg, near Leiden, founded around 43 AD. C. and in which the existence of six successive periods of occupation has been ascertained, of essential importance for the knowledge of the Romanization of the NO of Europe are the camps of Holsterhausen, of Haltern (of the Augustan Tiberian age), of Oberaden on the banks della Lippe, which up to now constitutes the oldest military installation in the area, presumably to be placed in relation to the campaigns of Augustus against the Germans. Other castellas have been located in Alphen (Castellum Albaniana) with three successive periods of occupation from the middle of the 1st to the 3rd century. AD, and, in Alphen-Zwammerdam (Nigrum Pullumin the Tabula Peutingeriana: here too the origin of the installation goes back to Claudius, with successive phases of occupation up to about 260 AD).

The recent excavations of Nijmegen (Noviomagus) have brought considerable information on the history of the camp and of the civilian settlement built around it. It emerged that the site was occupied at least for a short period since the Augustan age (monumental wooden door and system of ditches); the place was then reoccupied in the Flavian age by a legionary camp in wood, which was later replaced by a stone architecture. The excavations carried out in the last decade have brought to light a part of the internal constructions, some adorned with rich murals, the installations for commercial activities, etc. The civil settlement Ulpia Noviomagus which, together with Elinum Canninefatium, constituted the only municipiaexisting in the present territory of the Netherlands, it developed on the edge of the military territory, in the western part of the present city. Among the most important archaeological discoveries are the traces of two Gallo-Roman temples surrounded by a covered gallery and some monumental remains presumably identifiable as a cryptoporticus. Numerous burials have been unearthed to the south and east of the city.

In relation to sacred architecture and places of worship, a find of considerable importance has had in Elst, where excavations have brought to light the remains of two Gallo-Roman temples. The first sanctuary, built under Claudius, was destroyed in a fire in 70 AD. Christ. The second temple, significantly more important, built under Vespasian, included a cell with a portico of Corinthian columns on a low podium. The mural paintings found there belong to the IV Pompeian style of the Flavian age. The temple remained in use until the 3rd century. In 1970 near Colijnsplatt the discovery of a hundred altars (of which 64 registered) made it possible to locate a new sanctuary of the goddess Nehalennia (in addition to the already known one of Domburg), dating from the end of the 2nd century and the first half from the 3rd century AD Christ.

Aerofotointerpretation has been successfully applied in Netherlands for the identification and reconstruction of Roman roads in the Venlo area (Limburg) and of some Roman settlements (eg remains of villas, farms, etc.). The Gallo-Roman villa of Voerendaal, near the vicusof Heerlen-Coriovallum, is one of the most notable examples in terms of size and richness: the first plant, originally very modest, dates back to the end of the 1st century AD, but the subsequent enlargements of which it was subject contributed, at the end of 2nd century to transform the site into an impressive ensemble of constructions (about 200 m long) with a large arcaded courtyard. After the destruction in the middle of the 3rd century, the place was reoccupied again for the whole of the 4th century: the examination of the buildings and their evolution over time allows you to easily follow the economic and social history of an agricultural plant. In Kerkrade (Limburg) a beautiful Roman villa from the 2nd century was found, with a gallery on the facade and corner towers, preceded by an earlier wooden structure from the 1st century AD. Christ.

As regards the finds of a funerary nature, there is ample documentation in the country: the cremation tombs under the funerary tumulus appear particularly frequent: in Esch (North-Brabant) a whole series of rich cremation tombs of the 2nd century have been discovered. century AD, some with wooden burial chambers. Two large cremation cemeteries were found at Mook and Gennep, along the Nijmegen-Venlo road, dated respectively from the end of the 1st to the whole of the 2nd century AD and from the end of the 1st to the 3rd century respectively. Finally, in Brunssum (Limburg) excavations have brought to light a funerary deposit from the end of the 2nd or the beginning of the 3rd century containing twenty-seven grave goods. 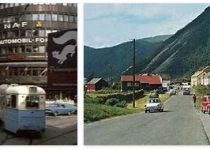 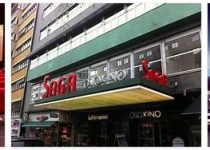