The victory of the Partido Acción Nacional (PAN), of Catholic and conservative inspiration, in the presidential and legislative elections of 2000 put an end to the political monopoly of the Partido Revolucionario Institucional, (PRI), in power, under various denominations, since 1929 The latter, however, having kept a majority of the seats in the Senate, conditioned the political life of the country leaving the new administration, led by V. Fox, little room for maneuver. In an attempt to overcome the political impasse, in October 2001 Fox entered into a program agreement with the PRI aimed at the implementation of economic and financial measures.above all the PRI, which has thus returned to dominate the political scene, while the internal conflicts within the PAN have intensified and the results obtained on the practical level have been scarce due to the permanent basic disagreement between the two parties of the coalition. In particular, the projects for the reform of the labor market and the tax system remained unfulfilled, while the projects for the privatization of energy sources encountered fewer obstacles. The commitments made in the electoral campaign to resolve the issue of indigenous communities, which returned to the fore following the decision of Subcomandante Marcos, also remained unfulfilled.leader of the Ejército Zapatista de Liberación Nacional (EZLN) – movement that organized the protest of indigenous peoples -, to come out of hiding for the first time and organize a peaceful march across the country, to obtain the approval of the bill on rights of the Indians. (February – March 2001).

According to agooddir, the government’s lack of incisiveness in tackling the country’s structural problems and the financial scandals linked to the illicit subsidies for Fox’s election campaign have generated a growing disaffection of the electorate towards the PAN, which has resulted in a return to power of the PRI in many states and in its reaffirmation in the legislative elections held in July 2003, in which it obtained 37.9% of the votes against 31.8% of the PAN. With the loss of the majority in Parliament, a decision-making stalemate was created that dragged on until the new elections held in 2006, in view of which the political debate was revived. The liberal programs of the candidates of the PAN and the PRI, respectively F. Calderón and R. Madrazo, were opposed by that of the leader of the PDR (Partido de la Revolución Democrática) AM López Obrador (Mayor of Mexico City), who focused his campaign on relaunching public intervention in the social sector and in the economy to overcome pockets of backwardness and absorb unemployment. These issues were very popular and in the presidential elections Obrador was defeated by Calder ó n only by a handful of votes: between the two contenders there was in fact a difference of less than 1%. Contested by the opposition, which asked for a new count of the ballots, the results were confirmed by the Federal Electoral Tribunal only in September 2006. The new administration headed by Calder ón initiated a series of reforms aimed at attracting foreign investors and aimed at strengthening economic and trade ties with the United States and Canada.

The growth that took place in the first years was abruptly slowed down in 2009 by the international economic crisis, which highlighted the limits of an economy linked mainly to exports to the United States. The internal market remained asphyxiated, heavily conditioned by the serious situation of the majority of the population, afflicted by unemployment and low incomes. Since 2010, however, the economy has started to grow again, driven by the US recovery and a public investment policy, and the domestic market has also revitalized. Rates of illegal emigration to the United States remained high, despite the repressive measures put in place by the various neighboring states and the more than one thousand kilometer wall built by the Bush administration, built in the most permeable part of the border between the United States and Mexico, in Texas and California. In this regard, the Mexican government has repeatedly called for greater flexibility in US immigration policies, asking that trade liberalization be matched by the movement of people. Since 2010, migratory flows have begun to decline slightly, accompanied by an increase in the number of repatriations.

The government’s commitment in the fight against corruption and organized crime, especially that linked to drug trafficking, it produced poor results and the country continued to live in a condition of widespread violence. The number of murders continues to grow due to the fights between the drug cartels but also to the strategy chosen by the government to counter it, based on the use of the army and the massive use of weapons. According to many humanitarian organizations, the police and the army were responsible for serious violations of human rights (torture, arbitrary arrests, disappearance of people) to fight gangs. To put an end to this state of affairs, the civilian population was also mobilized and in May 2011 an impressive demonstration for peace crossed the streets of the capital, responding to the appeal launched by the poet Javier Sicilia. Contested byó n still lost consensus: in the mid-term legislative elections, held in July 2009, the PAN suffered a heavy defeat in the face of a new assertion by the PRI and a 60% abstention rate. The data was confirmed by the presidential elections of July 2012, which brought back to power, after 12 years, the PRI, whose candidate Enrique Peña Nieto won with about 38% of the votes on the leftist candidate AM L ó pez Obrador, which stood at 31%. The latter, after leaving the PDR, gave birth to a new political movement, the Movimiento Regeneración Nacional (MoReNa), transformed in November into a real party, whose priorities were indicated in the struggle for legality and social justice. 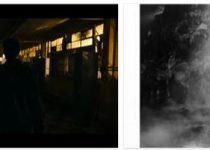