Kazan State University (Volga Region) Founded in 1804 under the name of Kazan Imperial University, it is the second oldest university in the Russian Federation, of renowned name the current Kazan State University is an internationally recognized center of academic excellence, It is among the 5 to 10 best institutions of higher education in the country.

The history of the KSU is associated with many world-renowned figures, such as the father of Euclidean geometry, Nikolai Lobachevsky, the writer, Leon Tolstoy, the discoverer of Antarctica, Ivan Simonov, the founder of organic chemistry, Alexander Butlerov; a father of modern linguistics, Ivan Baudouin de Courtenay, the discoverer of electron spin resonance, Evgeniy Zavoisky, and the Soviet leader Vladimir Ulyanov, better known as Lenin. Today many of our graduates are prominent politicians, famous professionals, successful entrepreneurs, and distinguished academics working in a variety of countries.

The University stands out as one of the architectural diamonds in the 1000- year-old city center. Kazan is the capital of the Republic of Tatarstan, a city populated by 1.2 million people, mostly Russians and Tatars.

It continues to serve as a national research center, with many laboratories, excellent museums, a botanical garden, field research stations, three astronomical observatories, and many other facilities.

Located in the same time zone as Moscow, Kazan is located between Europe and Asia on the left bank of the great Volga River, about 500 kilometers east of the Russian capital. To get to the city of Moscow is an hour by plane, by train for one night or a four-day boat trip on the main channel in the heart of Russia.

The University has 17 faculties and 105 academic departments. It has more than 14,000 full-time students, who follow the 54 core degree programs and many more “specialties.” With about 250 full and associate professors and 900 adjunct professors, KSU offers one of the best services in number of students per teacher in the country.

Law and the Legislature

The oldest part of the Kazan University building includes three classical portals along with a white facade from the original 1822 construction. This building also includes the gymnasium and the private residence of Prince Tenichev, which was granted to the university in the year of its founding. From 1832 to 1841, the architect M. Korinfsky built the rest of the buildings: the Anatomy Theater, the Library, the physics and chemistry laboratories and the observatory, which completed the university complex in a neo-classical style. The building of the Faculty of Chemistry was built by the students themselves. On October 21 In 2009, Russian President Dimitri Medvedev signed an executive order establishing a new Volga Federal University on the roots of what was the Kazan State University. The project was joined by the Tartar State University for Humanities and Education (TGGPU) and the Kazan State Economic and Financial University (KGFEI).

Services for the university community

The University carefully preserves the traditions of its famous study of the scientific schools of mathematics, physics, chemistry, biology, and linguistics. The last decade has been successful in promoting state-of-the-art research in the areas of computer science and environmental sciences, as well as social and cultural studies, often taking advantage of interdisciplinary approaches.
KSU continues to serve as a national research center, providing its students, staff, as well as academic visitors, with many laboratories, excellent museums, a botanical garden., the field research stations, three astronomical observatories and many other facilities. Our Lobachevsky collection, containing more than five million works, is one of the largest and oldest in Russia. The University also has IT centers, publishing houses and a recreation center that is located in the heart of this cultural and sports city.

It has more than 14,000 full-time students, who follow the 54 core degree programs and many more “specialties.” With about 250 full and associate professors and 900 adjunct professors, KSU offers one of the best services in number of students per teacher in the country. The University is a recognized leader in international cooperation. Every year KSU members earn dozens of donations from international foundations, engaging in projects at cutting edge research centers in many countries. Students and teachers actively participate in research and bilateral exchange of educational programs with some 50 partner centers in more than 20 countries. Scholars from all over the world are attracted both by the reputation of the University and the cultural richness of Kazan and Tatarstan. 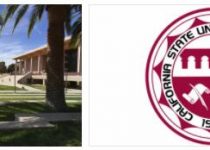