Barely 2.5 years after the creation of the state, South Sudan was drawn into a devastating civil war in December 2013. A power struggle between the country’s two main leaders triggered the conflict. It was not until 2015 that a peace agreement was signed following international pressure. By then, tens of thousands, perhaps hundreds of thousands, of people had been killed and over two million had become homeless as a result of the war. Already the following year, new fighting broke out and a new peace agreement in 2018 could not stop the violence.

According to indexdotcom, South Sudan is one of the world’s least developed countries, where there is a lack of everything associated with a normally functioning modern state, such as schools, hospitals, roads and means of transport. Not least, there is a crying shortage of trained staff who can administer a modern society.

Ethnic and linguistic divisions have made it difficult to build a national identity and a sense of belonging within the country. Most feel more at home in their own ethnic group than in the state of South Sudan. When the country has been exposed to external pressure, as during the long Sudanese civil war, the various ethnic groups have been able to agree on a common cause. As the pressure has diminished, old conflicts have easily surfaced.

It is mainly the two dominant ethnic groups Dinka and Nuer who view each other with suspicion, despite the fact that they are closely related and have had a similar economy based on animal husbandry, which has also characterized their cultural patterns.

There are recorded eyewitness accounts from the early 19th century about how Dinka and Nuer regarded each other as enemies. Almost all conflicts have involved one group stealing cattle from the other – often the only way for a young man to acquire enough animals to be able to buy a wife. The men went to war armed with spears, while women, children and the elderly gathered in temporary camps where they were not attacked. He who killed an enemy was considered to have become “spiritually defiled” and must be shed some of his own blood with the help of a spiritual leader in order to become a healthy and harmonious human being again.

When the spear was replaced by modern firearms during the civil war in Sudan in the 20th century, and killing could take place at a distance, this sense of self-responsibility disappeared. Guerrilla officers instilled in the warriors and village elders that traditional values ​​did not apply in a “state war”. Eventually, the old morality of war was forgotten and even cattle raids could lead to indiscriminate killing.

During the Second Sudanese Civil War, which began in 1983, the guerrillas led by the Sudanese People’s Liberation Movement / Sudanese People’s Liberation Army (SPLM / SPLA) by John Garang, who was a Dinka. The movement was dominated by Dinka but also gathered many nues. But the Sudanese army tried to use the old contradictions in the south to split the guerrillas. Several militias from smaller ethnic groups were used to attack the SPLA.

The most serious schism within the SPLM / SPLA occurred in 1991, when one of the most prominent guerrilla leaders, the current Riek Machar, broke with John Garang and formed his own faction, the SPLA-Nasir. The name was taken from Machar’s hometown, where the movement was headquartered. Behind the quarrel was, in addition to pure rivalry for power, Machar’s view that Garang deployed too many Dinka soldiers in Nuer areas and that he made SPLA dependent on support from the Ethiopian regime.

Around SPLA-Nasir, loosely united militias from the lou nuer ethnic group, a branch of the Nuer people, went by the name of the White Army. It had been formed partly to defend the present cattle, and partly to fight against the Sudanese army. After the break-up between Garang and Machar, the White Army and the SPLA-Nasir were embroiled in fierce fighting with the SPLA. In the city of Bor, at least 2,000 people, most of them Dinkas, were killed in an attack in 1991. It was the worst massacre during the internal fighting in southern Sudan and the bitterness over it has never subsided.

The Sudanese army was not late in exploiting the SPLA split and offered Machar financial and material support to fight Garang. In 1997, Machar made peace with the Sudanese government and was rewarded for serving as an aide to President al-Bashir. But the regime did not fully trust him and suspected that he was actually working for the guerrillas and after a few years he broke with al-Bashir. He returned to the south, was reconciled with Garang and received a new command post within SPLA in 2002.

Following the 2005 peace agreement, when southern Sudan gained autonomy, Riek Machar became vice president of the south. The White Army was now increasingly engaged in cattle theft and did not allow itself to be disarmed until it had suffered heavy losses in a battle with SPLA in 2006. 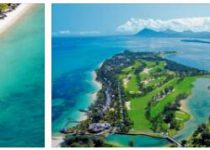