Two murders in Belfast of former IRA members in May and August 2015 deepened the crisis, especially when police suspected that the latter of the murders had been carried out by former IRA members. Prime Minister Robinson considered trying to get Sinn Féin, temporarily expelled from the provincial assembly, for violating the peace agreement. At the same time, leading representatives of Sinn Féin claimed that the IRA no longer existed as an organization and that those who had committed the murders were criminals who should be brought to justice. Tensions eased somewhat after the Northern Ireland Police Chief said that although the IRA still existed and the murder had been carried out by members of the group, there was no evidence that it had been sanctioned by the IRA’s leadership. As a result, the UUP left the provincial government in September 2015, and the DUP boycotted all government meetings.

The DUP resumed government work after a government report in the autumn of 2015 had shown that all major paramilitary groups active during the conflict years still existed, but that they no longer posed a threat to peace in Northern Ireland.

Robinson resigned as DUP leader at the end of 2015 and was succeeded by Arlene Foster, who also took over as Prime Minister in January 2016.

In the provincial election in May of the same year, the DUP became the largest party with 38 of the 108 seats in the provincial election, 10 more than Sinn Féin. Both Sinn Féin and the SDLP lost mandates in areas where they have traditionally been strong. Their votes instead went to the left-wing alliance People Before Profit , which during the election campaign criticized the austerity policy.

The formation of the government dragged on. The UUP chose to stand in opposition again, now together with the SDLP and the Alliance Party. The new provincial government consisted of eleven ministers from the DUP and Sinn Féin, as well as an independent unionist who became the new Minister of Justice.

Northern Ireland and the EU vote

According to simplyyellowpages, ahead of the referendum on British membership of the EU on 23 June 2016, the two major parties were on opposite sides. The DUP advocated that Northern Ireland leave the Union, while Sinn Féin – as well as the SDLP and the Unionist UUP – called for Britain to remain in the EU. A narrow majority of Britons voted for an EU exit ( Brexit)). In Northern Ireland, however, a majority of voters supported Britain remaining in the co-operation. The results showed sharp dividing lines between unionists and nationalists, as the stay-left side received strong support in nationalist areas, while a majority voted for Brexit in constituencies where unionists were in the majority. However, turnout was low among nationalists, which means that many unionists must have supported continued British EU membership.

For residents of Northern Ireland, however, there is an opportunity to stay afloat within the EU, even when the UK withdrawal is complete, as anyone with a parent born in Northern Ireland automatically has the right to become Irish citizens.

The question of how Northern Ireland would be affected by an EU exit did not receive much attention before the referendum, but two former British prime ministers, Tony Blair and John Major, who both played a major role in calming the Northern Ireland peace agreement, warned that Brexit was a threat to the peace process, not least due to economic problems (Northern Ireland has received large sums from the EU over the years).

In the autumn of 2016, the so-called cash-for-ash scandal broke out in Northern Ireland, after revelations that the costs of a renewable energy program had skyrocketed, among other things, a farmer had received one million pounds to heat an empty barn. The criticism hit Prime Minister Arlene Foster, who had initiated the program during her time as Minister of Trade and Industry, but she survived a vote of no confidencein December 2016, since Sinn Féin had abstained. From several quarters, including among unionists, demands were made for her to resign. In early 2017, it was instead Martin McGuinness who left the government, which meant that Foster also lost his post, and the provincial government fell. The Sinn Féin politician justified his decision by saying that he had lost confidence in Foster, as the DUP leader did not agree to step aside during the investigation. But beneath the surface were several other difficult conflicts 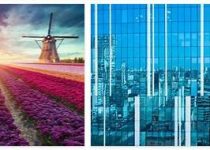