The IRA had access to large quantities of weapons, some of which had been donated by Libya in the 1980s. The question of what would happen to the weapons created problems during most of the peace process. A majority of Protestant Unionists argued that the IRA must give up its weapons in order for real peace to be possible. At the same time, it was important for the IRA’s supporters that disarmament could not be seen as a capitulation.

The reform of the police force was another sensitive point. A few more years into the 2000s, nine out of ten police officers were Protestants and one purpose of the reform was to increase the number of Catholic police officers so that they constituted half the force. The Catholic population viewed the police force with great suspicion and some of them turned to the IRA rather than the police for help when they had been exposed to crime. The IRA punished criminals from Catholic areas with brutal methods.

At the same time, there was a Protestant opinion that opposed all changes by the police. Particularly sensitive was a name change (from the Royal Ulster Constabulary , RUC, to the  Police Service of Northern Ireland , PSNI) and the introduction of a politically elected police board, in which Sinn Féin would also be allowed to participate. In 2001, SDLP, UUP and DUP appointed their representatives to the police board, but Sinn Féin resigned due to dissatisfaction with how the reform had been designed. That it was such a sensitive issue for the party was also due to the fact that the recognition of the police was seen as a recognition of the legitimacy of the British state in Northern Ireland.

Pressure on the IRA

In the summer of 2001, Trimble resigned on the grounds that so little had happened in the arms issue. The terrorist attacks in the United States on September 11, 2001 increased the pressure on the IRA. If the IRA did nothing, there was a great risk that the United States’ “war on terror” would have consequences for the IRA and Sinn Féin – not least financially. Since 1994, Sinn Féin has been able to raise money in the United States and Americans of Irish descent have donated large sums to the party. Attention was also drawn to the IRA’s contacts with terrorist groups in other countries, including ETA in the Basque Country.

Later that fall, the IRA claimed that a variety of weapons and explosives had been rendered “unusable,” as confirmed by the International Disarmament Commission (IICD). But only after several rounds could Trimble and the provincial government take office again.

The following autumn came the next great crisis. The IRA was accused of spying inside the British government’s office in Belfast. Both DUP and UUP decided to leave the provincial government. In October 2002, the London government regained control of the province, this time indefinitely.

In early 2005, police openly accused the IRA of being behind a bank robbery in Belfast shortly before Christmas the year before. The coup yielded a record change of 26 million pounds. The Prime Minister of Ireland, Bertie Ahern, accused Sinn Féin’s leaders Gerry Adams and Martin McGuinness of having known about the robbery plans when they had consulted with him. Suspicions that IRA members were behind the murder of a 33-year-old Catholic in connection with a pub riot also aroused anger among the IRA’s own supporters. Both of these events meant that the pressure on the IRA to act increased further.

The deadlock is broken

After several years, the political stalemate could be broken. Several important steps were taken in 2005 when the IRA announced that it had abandoned the armed struggle and had destroyed its weapons. At the same time, it was announced that the number of British soldiers in Northern Ireland would be greatly reduced.

Meanwhile, the political scene had changed. Since the 2003 provincial elections, the DUP and Sinn Féin have been Northern Ireland’s largest parties. The DUP and its leader, Pastor Ian Paisley, had loudly opposed any collaboration with Sinn Féin and made themselves interpreters of the widespread Protestant dissatisfaction with the peace process that they felt had unilaterally benefited the Catholic population.

A breakthrough came in 2006, when the governments of Dublin and London succeeded in getting the parties to approve the so-called St. Andrews Agreement. Much of the content was kept secret, but it turned out that the DUP, in order to agree to a settlement, demanded that Sinn Féin support the Northern Ireland police force, which took place in early 2007. Now the proportion of Catholics in the police had increased to 21 percent.

The by-election on March 7, 2007 was a success for DUP and Sinn Féin. At the same time, the Protestant candidates who flatly said no to all kinds of agreements made a bad choice. And the Catholic voters greatly disliked the candidates who criticized Sinn Féin’s new line on the police issue.

The DUP, which had previously said no to all attempts at peace agreements, was suddenly counted among the parties that were considered “willing to negotiate”. However, party leader Paisley kept everyone on their toes until the very end. But on March 26, he and Sinn Féin’s Gerry Adams held a joint press conference, promising to have a provincial government ready six weeks later.

On 8 May, according to indexdotcom, Northern Ireland’s autonomy was reintroduced and a new coalition government consisting of four parties could take office. Paisley became Prime Minister with Sinn Féin’s Martin McGuinness as Deputy Prime Minister (they have basically the same powers). As the largest party, the DUP received four more ministerial posts, while three went to Sinn Féin, two to the UUP and one to the SDLP. This meant that two bourgeois Protestant parties would coexist with a Social Democratic party, the SDLP, and Sinn Féin, which is even further to the left.

Cooperation within the government, however, seemed to go better than expected. Paisley and McGuinness in particular got along well. During its first year in power, however, the provincial government refrained from making any major and unpopular decisions. 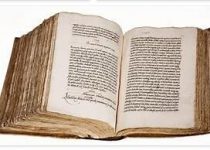