Many attempts were made to end the violence. The Sunningdale Agreement in 1973 gave the Republic of Ireland some influence in Northern Ireland. In early 1974, a coalition government was formed between a Protestant Unionist Party, the SDLP, the Alliance Party (which seeks to unite both Protestants and Catholics), but it fell after five months, largely due to opposition from Ian Paisley and the DUP.

However, secret deliberations between the parties to the conflict paved the way for the process leading up to the 1998 peace agreement. A driving force was the then SDLP leader John Hume, who already in the mid-1980s had talks with Gerry Adams, leader of Sinn Féin, the IRA’s political branch. But even more people took part in the dialogue, and contacts between the British government and the IRA had existed since the early 1970s.

The old mistrust between the governments of London and Dublin had gradually been replaced by the realization that the countries must work together to end the violence.

As early as 1981, an IRA prisoner, Bobby Sands, was elected to the British Parliament in a by-election, and it became clear to some in the IRA that success could be achieved through political means. (Bobby Sands took part in a hunger strike to be considered a political prisoner, Sands and nine other men died before the hunger strike was called off).

An important step towards peace was the ceasefire that first the IRA and later the Protestant UVF and UDA announced in the autumn of 1994.

In January 1996, the American mediator George Mitchell proposed deliberations in which all parties that distanced themselves from violence would be allowed to participate. The Conservative British government demanded that the IRA give up its weapons in order for Sinn Féin to join, something the IRA refused.

In February of that year, the IRA broke its ceasefire through a bomb attack in London that claimed two lives. When the talks began in June, it had to take place without Sinn Féin, who was granted access only after the IRA had announced a new ceasefire in July 1997. Some Protestant parties, including the DUP, then chose to leave the talks.

Against all odds, a peace treaty could be signed on Good Friday, April 10, 1998. Eight Northern Ireland parties had backed the treaty, which was approved the following month in referendums in both Northern Ireland and the Republic of Ireland. In Northern Ireland, 71% of voters voted in favor of the agreement, while in Ireland the corresponding figure was 94%.

That a settlement could be reached depended on several things, but an important reason was the realization that neither party could defeat the other militarily. The new British Labor government with Prime Minister Tony Blair, who had taken office in 1997, pushed for an agreement. Blair worked closely with his Irish counterpart Bertie Ahern, who was also new to power.

The agreement broadly meant that Northern Ireland would have limited autonomy with the right to make decisions on economic development, agriculture, health care, social services, education and environmental issues. A new parliament with 108 seats would be appointed for a term of five years. Most of the parties were registered as either unionists (in practice Protestants who wanted to keep ties with Britain) and nationalists (mainly Catholics who wanted a united Ireland).

The provincial government would be led by two prime ministers, both of whom must have the support of at least 40 percent of the members from both sides. Other ministers would be appointed on the basis of the number of seats their respective parties had in parliament. A new council would be formed where ministers from the provincial government and Ireland would work together. Northern Ireland’s national affiliation could only be changed if a majority of the population so wished. In addition, all semi-military groups would be disarmed under the auspices of an international commission; prisoners from these groups would be released provided their organization observed a ceasefire.

The by-elections in June 1998 gave the parties behind the peace agreement a majority in the new parliament. Of the unionist parties, Ulster’s unionist party (UUP) was the largest with 28 seats, while the DUP, which was opposed to the agreement, got 20. The largest nationalist party was the SDLP with 24 seats, followed by Sinn Féin with 18. A serious setback came in August 1998, when 29 people were killed in a bomb attack in the city of Omagh. Behind the act was a breakaway group from the IRA, the Real IRA .

Only after many rounds could a provincial government led by UUP leader David Trimble be formed on November 29, 1999. Northern Ireland gained autonomy and at the same time Ireland removed its territorial claim to the province from its constitution.

According to ehotelat, the government consisted of four parties: UUP, SDLP, DUP and Sinn Féin. Trimble’s decision to form a government that included Sinn Féin was controversial even within his own party. To get a majority of the UUP to agree to this, Trimble demanded that the IRA initiate a disarmament before the end of the year. At the same time, the IRA indicated that it did not intend to bow to an ultimatum from the unionist parties.

As early as the beginning of 2000, Trimble was close to resigning, but the British government tried to prevent the crisis by temporarily lifting its autonomy after only 72 days. The stalemate was broken in May of that year, when the IRA promised to take its weapons “out of service” and allow international inspectors to check its stockpiles of weapons. Self-government was reintroduced at the end of the same month, and further inspections of weapons stockpiles were conducted in secret.

Within Trimble’s party, there was a strong minority who constantly questioned the peace agreement and UUP’s participation in the government. For several years in a row, some of the traditional summer parades of the Protestant Orange Order caused violent confrontations between Protestants and Catholics, but also between both the groups and the police. 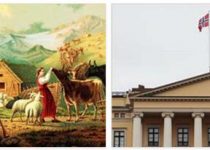