The latest wave of violence in Northern Ireland flared up in the late 1960s, but the roots of the conflict are several hundred years old. Even if we talk about contradictions between Protestants and Catholics, it is not about religious contradictions, but about a conflict that has political, social and economic causes. A peace agreement was concluded in 1998, and step by step life in Northern Ireland has been normalized, although the violence has not completely disappeared.

In 1922 the Irish island was divided; in the south, the free state of Ireland was formed, while the northeastern part remained British. Until 1972, the province of Northern Ireland was ruled by a Protestant majority that discriminated against the Catholic population. When a peaceful civil rights movement in the late 1960s began to demand equal rights for Catholics, their demands were met by violence from Protestants who saw their position of power threatened.

This triggered a spiral of violence in which the Irish Republican Army (IRA), which fought for a united Ireland, and Protestant semi-military groups, who wanted to keep ties with Britain, were guilty of bloody assassinations. The British Army, sent to the province in 1969, became another party to the conflict. From 1966 to 2010, about 3,700 people were killed in Northern Ireland.

In 1998, a peace treaty was concluded which also gave Northern Ireland limited autonomy. The agreement did not solve all the problems and the peace process has been fraught with crises. From 1999 and the following years, self-government functioned only periodically, and in 2002 the London government regained control of the province indefinitely. Only several years later could the stalemate be broken after the IRA laid down its arms. A new provincial government took office in May 2007. A crisis arose in 2017 when government cooperation between the province’s two largest parties collapsed and despite lengthy talks, the parties have not yet been able to agree on a solution. The fact that the UK is about to leave the EU has made the process more difficult.

But the violence has not completely disappeared. In recent years, breakaway groups from the IRA have carried out a series of attacks, primarily against the police and the British army.

To understand the conflict in Northern Ireland, one must look back in history, to the time when the English colonized Ireland and on to the 17th century when they tried to quell local uprisings in the northeastern part of the island by donating land to Protestants from Scotland, England. and Wales. When the struggle for a free Ireland later began, there was strong opposition from the Protestant people in the north who wanted to maintain ties with Britain, which led to the island being divided when the Irish Free State was formed in the early 1920s.

English Normans began the conquest of Catholic Ireland in the 1170s. The island then consisted of a series of small Celtic kingdoms which often fought among themselves. It was not until the end of the 16th century that the English had succeeded in taking control of almost the entire island.

According to directoryaah, the exception was the north-eastern part of the province of Ulster, where the Irish people offered strong opposition to the Protestant colonizers.

After protracted fighting, England took over in the north as well, and the Catholic leaders were forced to flee. Large tracts of land were confiscated and distributed to mainly Scottish but also English and Welsh Protestants from different walks of life. At the beginning of the 18th century, only 14% of the land in Ireland was owned by Irish Catholics. In Ulster, the corresponding figure was five percent.

Ulster’s Catholic population saw the immigrant Protestants as intruders, while the latter felt threatened and afraid that the Catholics would try to take away their land. The gap between the groups was deepened by the fact that they had different faiths, spoke different languages ​​and that there were great cultural differences.

The Battle of Boyne

In 1641, the Catholics in Ireland revolted against the new rulers. The revolt was followed by new uprisings in the following centuries and both sides committed gross acts of violence.

One of the historical years that the Protestants of Northern Ireland still commemorate today is July 12, 1690, when the newly crowned English King William of Orange defeated the Catholic monarch James II at the Battle of Boyne. Jacob had been overthrown from the English throne two years earlier.

During the following decade, so-called penal laws were introduced which, among other things, prohibited Catholics from buying or leasing land owned by Protestants for any length of time. Catholics also did not have the right to vote, start their own schools or hold public office.

Most of the penal laws had been repealed or played out in the 1790s, but the Dublin Parliament, established in 1692, remained closed to Irish people. A national movement, the United Irishmen , revolted in 1798. As a direct result of the revolt, the Irish Parliament was abolished and Ireland became closer to Britain through a union.

The textile and shipbuilding industry, which in the 19th century grew in the area around Belfast, the largest city in the north, created increased prosperity in Ulster. The famine that claimed the lives of up to a million people in Ireland in the 1840s did not have as devastating consequences there as on other parts of the island. 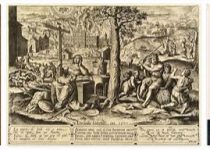