The capital and largest city of the country is located on the shores of the bay of the same name, located in the southern part of the Absheron Peninsula. The entire old part of the city is one vast historical and architectural reserve, sometimes called the “Baku Acropolis”. The main attractions of the Old City, mentioned in ancient sources, are the Palace of the Shirvanshahs (XV century) in the “Old Fortress” Icheri-Sheher (XII century), the “Maiden Tower” Gyz-Galasa (height 29.5 m., VII- XII century), the mausoleum of Seyid Yahya Bakuvi, caravanserais – Multani (XV century), Bukhara (XV century), Mollakhan (XIII century), numerous mosques – Muhammad ibn Abu-Bakr (“Sons-Gala”, 1078-79 – the oldest building in the city), Mirza-Ahmed (1345), Molla-Ahmed (XIV century), Juma (XV-XX centuries), Lezgi (1169), mosque-madrasah ( 1646-47).

Also of interest are the Cathedral of the Holy Myrrh-bearing Women of the Russian Orthodox Church, a colorful Iranian district, an embankment (one of the most beautiful in the world), 7 theaters, about 30 museums, including the Museum of Art, the Museum of the History of Azerbaijan, the unique Azerbaijan Museum of Carpets, Folk Applied Art and others
70 km. south of Baku is the largest accumulation of rock paintings discovered in the CIS – Kobystan (Gobustan), which includes more than 4 thousand unique rock sites, caves, rock fortresses and burial grounds, spread over an area of ​​more than 100 square meters. km. Spotted with petroglyphs, many of which are more than 10 thousand years old, these historical monuments are united in a historical and cultural reserve. 30 km. north-east of Baku lies the village of Surakhani, in which there is a unique temple complex of fire worshipers “Ateshgah” (XVII-XVIII centuries, the original buildings date back to the II century BC) on the site of sacred “unquenchable fires” – burning natural gas outlets. Fortresses built by the Shirvan shahs are scattered throughout the Absheron Peninsula – Ramana (XIV century), Nardaran, two castles in Mardakan.

In the very north-east of the country, the city of Shabran is located, which was part of the system of Derbent (Derbent – “iron gates”, now a city in Dagestan) defensive structures of the Middle Ages. Here, in the narrow “Dzhalgan corridor”, formed by the end of the Greater Caucasus ranges and the coast of the Caspian Sea, a whole system of walls and defensive structures has been preserved, forming a powerful defensive knot that has protected the country’s territory from attacks from the north since ancient times. The system of fortifications of the region also includes the fortresses of Gilgilchay (Shabran, 7th century), Beshbarmag (3rd-5th centuries), the mountain fortress of Chirag-kala (5th century), etc.

The city of Cuba, the capital of the ancient Cuban Khanate, lies 165 km away. north of Baku, in the very heart of the defensive zone of the “Jalgan corridor”. One of the most beautiful cities in the country, literally blooming in the spring with gardens and parks, the city is famous for its fortress of the 16th century, the Cathedral Mosque (XIX century), the Sakina Khanum Mosque (XVIII century), the Ardabil Museum of History and Local Lore and, of course, the famous Cuban carpets. In the vicinity of the city, the Tenga Canyon, the Afurdzhinsky waterfall (30 m high), the settlement of mountain Jews Krasnaya Sloboda, the mausoleum of Sheikh Yusif (XVI-XVII centuries) in the village of Shykhlyar, the mausoleum of Sheikh Juneyd (XVI century) in Khazra and the picturesque Khudat seaside.

Shemakha is one of the oldest and most interesting cities in the country (who doesn’t remember Pushkin’s notorious “Queen of Shemakhany”?), located 130 km. west of the capital. Founded approximately in the 5th century. BC e., in the ninth century. n. e. the city was already the capital of the vast Shirvan kingdom, and in the XVIII century. – Shemakhan Khanate. The main attraction of the city is the Gyz-Galasy fortress (Gulistan, XI-XII centuries) – the last refuge of the Shirvanshahs. No less interesting are the mausoleum of Eddi-Gyumbez (“Seven Domes”) with numerous graves of the rulers of Shamakhi, the Juma Cathedral Mosque (X century, rebuilt in the 19th century), the house-museum and the grave of the satirist poet A. T. Sabir and numerous ruins buildings of the X-XVII centuries. Today it is also a recognized center for winemaking and carpet weaving.

According to agooddir, Lankaran – the former capital of the Talish Khanate – is located in the very south-east of Azerbaijan, on the border with Iran. The city and its environs lie in a zone with a predominance of a subtropical climate, which left an imprint on the nature of the region, turning it into one of the best balneo-climatic resorts in the country. The city itself is interesting for the Lankaran fortress (XVIII century) and the Kichik-Bazar mosque (XIX century). 100 km. north of Lankaran lies one of the most beautiful cities of the Middle Ages – Khaneg, in which the fortress walls (XII-XIV centuries), the mosque and the tomb of Pir Hussein, the minaret and other ancient structures have been preserved. At the very confluence of the Kura into the sea lies the ancient city of Neftchala, in which the Goltug fortress and the remains of sunken defensive structures, the Khylly mosque and the Piratavan sanctuary are of interest. And northwest of the city, in the interfluve of the Kura and Araks, archaeologists continue to discover more and more historical monuments – the ancient city of Orenkala (Bailakan), the mounds of Mukhurtepe, Gyzyltepe, Garatepe, Goshatepe, etc., and along the border with Nagorno-Karabakh stretches a whole series of medieval monasteries, mausoleums, castles and fortified towers. The nearby coast of the Caspian Sea is a wide strip of nature reserves alternating among themselves (Kyzylagch, Girkan, Shirvan, etc.), resort and fishing towns, stretching from Talysh to the Alyat ridge. The coastal areas near the mouth of the Kura have been known as fishing places since ancient times, and today it is one of the traditional areas for sturgeon fishing.

To the south, along the very Azerbaijani-Iranian border, stretches an extended chain of the Talysh Mountains (the highest point is Kemurköy, 2477 m). This is one of the most exotic regions of the country – here, in the folds of the mountains, in the subtropical climate zone, luxurious broad-leaved and mixed forests have been preserved, in which you can find many representatives of the ancient Hyrcanian flora. The most beautiful landscapes of green mountains cut by gorges with raging rivers, numerous thermal and mineral springs, clean air and luxurious nature – all this makes these places famous as one of the best resorts in the country. Arkevan hot mineral springs are located near Jalilabad.

Gabala (Kabala) is one of the oldest cities in the country, the political and religious center of Caucasian Albania, known in Arabic sources as Khazar. Today, the city mosque (XIX century), the mausoleums of sheikhs Badreddin and Mansur (XV century) in Khazra, the castles of Ajinne-Tepe (X-IX centuries BC) and Sary-Tepe (V-IV) are of interest here. centuries BC) in the Kazakh region. No less interesting is the city of Ganja (founded in the 7th century AD) – the former capital of the Ganja Khanate (XVIII century). The cult complex Gey-Imam (XIV-XVII centuries), the Juma mosque (XVII century) and many colorful old houses have been preserved here, and countless historical monuments are concentrated on the nearby lands of the Mingachevir region, including the complex of architectural monuments Gey-Imam and famous stone sculptures of horses and other domestic animals, found in abundance in the surrounding mountains. 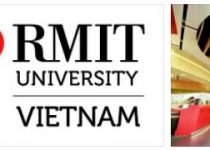 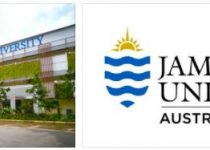